One of the most important developments in recent years is the constant and ever-accelerating technical advancement in automotive technology. The consequences are huge, says Herman Koning, Managing Director of oil company MPM. What can we expect?

In order to meet emission standards, car manufacturers are using all possible techniques in modern cars to reduce fuel consumption. These include hybrid technology, cylinder deactivation and start/stop systems. When an engine is not running, the crankshaft and drive shaft lie directly on the bearing.

When restarting the engine, this can cause tremendous wear, so it makes sense that when developing oil for these cars, special attention is paid to a strong oil film. That makes oil an integral part of the solution to reduce emissions. Koning: “Engine oils are optimally tuned to the characteristics and behavior of the various types of engines. Oil has become a structural component. There are now over forty different types of oils, which are prescribed as mandatory by car manufacturers.” 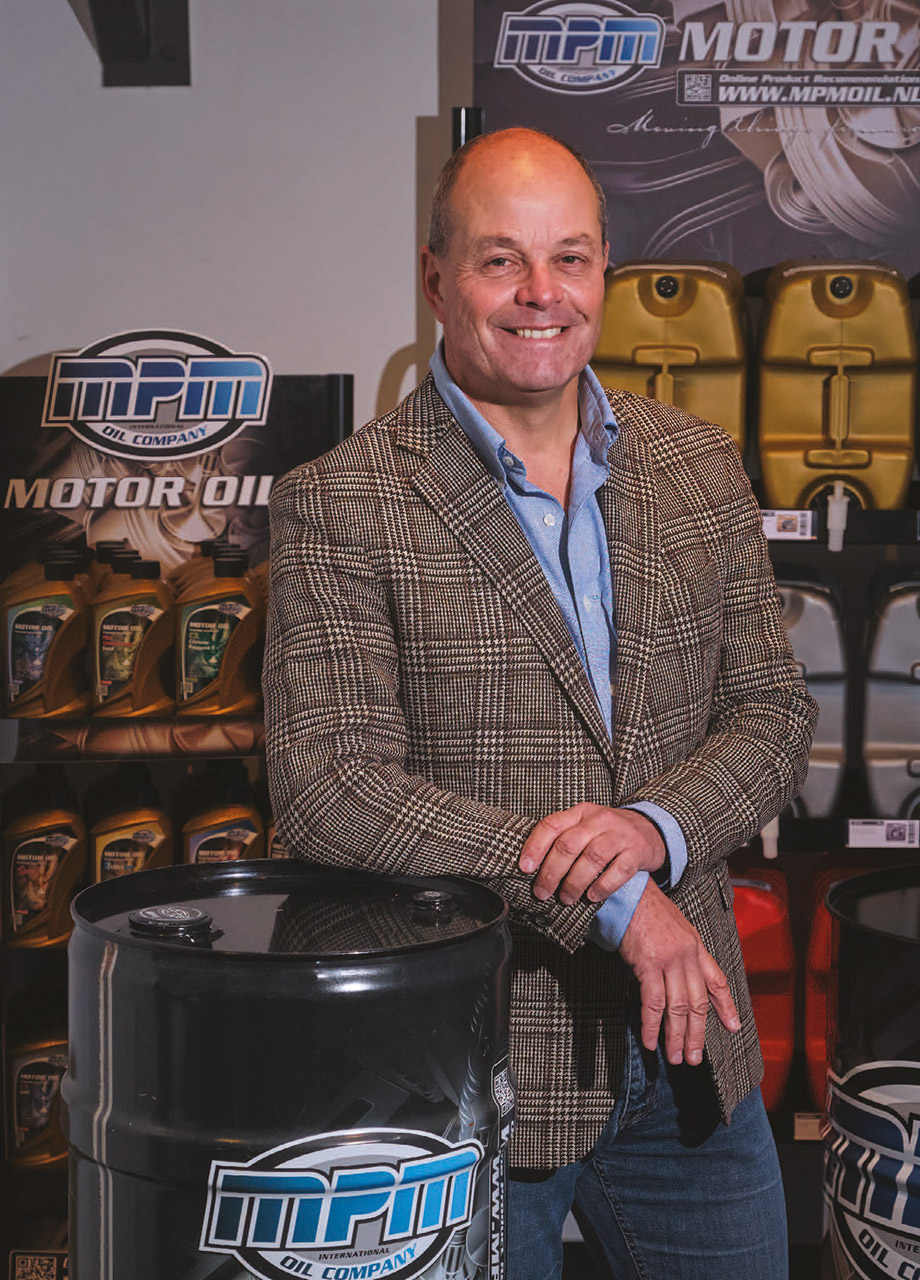 One of the characteristics of engine oils for hybrid combustion engines is low friction. The oils also have a lower HTHS (high temperature high shear) rating, because that saves fuel. “Despite the same viscosity, the requirements and engine oils differ greatly: A 5w30 is not interchangeable with another 5w30 and no 0w20 is the same.” According to Koning, a universal automotive company that does not specialize in a single make of car can currently cover twenty-five to thirty percent of the cars in its workshop with just one type of oil. “The other seventy percent requires multiple oils and MPM always has a solution for that.” Last year, MPM developed an algorithm to offer each auto body shop customized advice. “This offer takes into account both the recommendations of the car manufacturer and the economic stock, because it's not always smart to keep something in stock that is better to order from the trusted wholesaler when you need it.” One such recommendation is that the body shop stocks two of the most popular oils in 205-liter drums and five oils in 20-liter packs, and only has the wholesaler deliver the rest when necessary - in order to avoid store losses. Koning: “This approach is very much appreciated. It's one of the reasons we're growing in the Netherlands and it's also highly valued in Belgium, Scandinavia and the UK.” What about the bulk oil? “That 25 to 30 percent can still do fine in bulk, because that space is still there, but less than it used to be.”

Hybrid and electric vehicles must be properly cooled to ensure the engine is operating at the optimal temperature. To optimally cool the various hybrid systems, there often are several coolant reservoirs. The coolant in the battery system of, for example, a Hyundai KONA BEV must - in addition to the same functions as 'normal' coolants - also have very low conductivity properties. This requires a modified composition and, as a result, a separate mandatory prescription. Herman Koning: “There are currently twelve coolants that are prescribed by manufacturers.

The effect of the wrong engine oil becomes apparent after a few thousand miles, but the wrong coolant can cause problems right down the road. We spend a lot of time making car companies aware of this, through training courses, among other things. There's no need for error, because you'll see online which products to use. The wholesaler knows it, too.”

What about electric cars?

“For now, the market will develop in a number of directions. Car manufacturers are still investing in combustion engines, even though some say - for the sake of appearances - that they are not. All signs point to an increased position for electric cars, but it is limited for now. In the Netherlands, approximately 1% of the fleet is an FEV, 85% of which are business drivers, often because of tax benefits. If the policy is to encourage use of electric cars, as in Norway, and there is a strong and wealthy government and political will, growth can be correspondingly high. If not, electric will develop at a much slower rate; at what rate I don't know. For the medium term, it is not an issue for MPM.